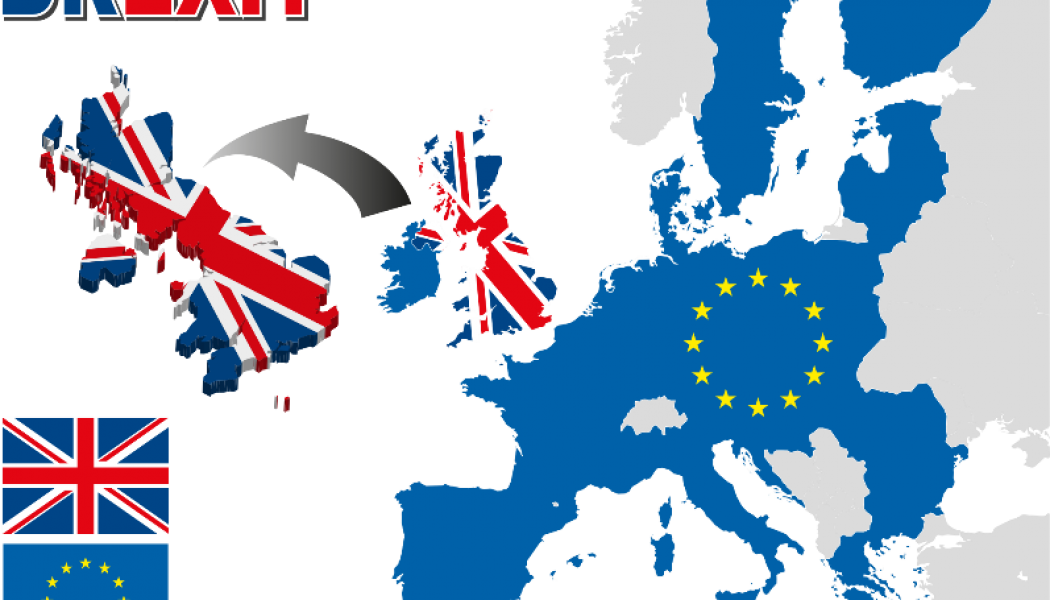 The first thing to say here is “what a shock!”. Whether you wanted to stay or go and despite the fact we all knew it was going to be close, it is still a shock which I am reeling from over a week later. Regardless of this the UK is heading for the EU exit sign.

Having resorted to “scare tactics” on an ever increasing scale to convince us Brits to Remain, the UK Prime Minister David Cameron ended up with so much egg on his face as the result to leave became clear, that he resigned on Friday morning prompting an unseemly scramble to take his place amongst the Tories from the Leave campaign.

Michael Gove and Theresa May have emerged as front runners in this race to the line, with Gove having been accused of a dirty tricks campaign to rob Boris Johnson of a chance at the title.

The problem with all of this of course is that with the leadership election race not finishing until October and once settled the possible prospect of an early General Election to cement the new Government in place, we now have a period of the UK without effective leadership (no change there then). Add to this the absolutely rudderless Labour Party under the “leadership” of Jeremy Corbyn and we have a recipe for a sustained period of uncertainty.

So no more EU meddling then?

Well not really, as Cameron already stated he would not invoke Article 50 of the Lisbon Treaty as this should be the province of the next Prime Minister. So the process of leaving the EU cannot start until at least October with some commentators predicting the new PM delaying this further.

Why does this matter? Well the 2-year process of exiting the EU cannot start (at least on the surface) until Article 50 is invoked further delaying an ultimate exit and prolonging the uncertainty. There is also a campaign being mounted to try to force a re-run of the referendum!

Speaking of re-runs of referendums/referenda (another argument ensues here), Scotland is up in arms over the Leave vote as 62% of the population there voted to Remain. The Scottish leader Nicola Sturgeon is already making overtures about a new referendum for Scottish Independence. We may also face the prospect of Holland, Sweden, Denmark and maybe even France all calling for a vote on continued EU membership. Volatile times indeed.

Enough about the UK, what is going to happen to us Expats?

Are we all going to be sent home with our tails between our legs along with all the EU citizens in the UK being sent packing? You would think so from some of the comments I have heard in the last week from Brits abroad. In reality this is very far from the truth.

Until Article 50 is invoked and the negotiations can start on the exit details absolutely nothing will change. Even once enacted nothing will change as the process of unravelling 40-years of intertwined legal, financial and social regulation will take at very least 2-years to complete.

We will all retain our rights to freedom of movement within the EU, our right to work, medical treatment, electoral rights, pensions, social security etc. for the time being at least.

With just over 3 million of us Brits living in the other EU countries, including over 1 million in Spain, all concerned about our future, perhaps now is the time for all of us to apply for citizenship in our country of residence (form an orderly queue please we are British after all). The Consulates of a number of countries have reported significant rises in applications already.

Let’s take Spain as an example

As Mallorca is my home, let us take a look at Spain. Given that so many Expat Brits live in Spain (either above or below the radar) and a fairly large number of Spaniards live in the UK, it would make sense for the two countries to maintain the status quo. The reality of this is far from simple however, as most of the rights we have stem from EU membership and there is no guarantee that other member states will agree (a majority of the 27 member states have to agree for changes to be made).

The more immediate impact for us Brits living in Spain is the fall in GBP/Euro exchange rates (£1 = €1.205 this morning) since the referendum. For those of us earning in Euros this has no effect and in fact makes spending when we nip back to the UK cheaper. But for those being paid in GBP converted to Euro, for example those in receipt of pension or investment income from the UK, the result is a fall in real income affecting their standard of living. Those in the know forward bought their currency when the pound was stronger (£1 =€1.40ish) to safeguard at least some of their income, a good currency broker helps hugely here (get in touch with us or De Micco & Friends for a good contact).

It may be that some feel they cannot afford to stay in Spain under these circumstances and may think to go back to the UK. However, I can personally attest that the financial shock of spending even a couple of weeks in the UK and the frankly eye-watering cost of absolutely everything will very quickly bring them back to Spain.

Property prices in Spain may well fall further due to Brits pulling out of the market as a result of the weakening pound leaving them with less Euros to spend. This could be a buying opportunity depending on how far prices fall vs the GBP / Euro rate changes.

What about my investments?

Investors are naturally concerned about the effect of the vote to leave the EU on their investments and pension funds. Many will simply panic, selling investments in a falling market. The best strategy, as always, is to get Independent Financial Advice and focus on long-term investing avoiding the panic of short-term volatility.

There are many adages and words of wisdom regarding investing, there are also many bar-stool friends only too eager to impart their “expert” view of the “inversion del dia” (Investment of the Day) to the unwary.

As far as investment “gurus” are concerned the most reliable, trustworthy and accurate “guru” is history. What history has taught us is seven reliable principles of investing as follows:

A sound financial plan can mean the difference between living in hope and achieving your goals. It makes you focus on long-term strategies rather than being spooked by short-term distractions. Staying on track with the help of a professional, Independent Financial Adviser is key to ensure that adjustments can be made where necessary around taxation and asset allocation.

Ok, so it’s an old one, but sometimes the old ones really are the best. Diversification of your investments across different world regions and varying asset types enables you to be less exposed to one region’s problems. For example, the recent volatility in the EU and the US caused by BREXIT has had very little effect on the emerging markets of the world. Gold has acted as a stabilising influence in portfolios recently also.

One wilting plant in your garden does not mean the rest of the garden is not blooming. Similarly, when one asset class is underperforming, other asset classes in a properly diversified portfolio may balance out the fall. Remember this is a long-term plan, focusing on the short-term will only lead to undue worry.

I have long since forgotten who originally coined this phrase, but it remains the most widely miss-understood principle of investment. Many people believe that knowing when to buy and when to sell is the secret of investment success.

In reality, nobody knows when the market will rise and fall and certainly nobody can predict when the price has bottomed out so they can buy, nor when it has peaked and it is time to sell. Trying to do this would be hugely stressful and ultimately, in the majority of cases, unsuccessful.

The proven approach is to use time to your advantage. The sooner you start to invest and the longer you invest, the more likely you are to have healthy returns regardless of short-term effects like BREXIT.

In periods of market volatility, as we are experiencing at the moment, the temptation to put all your money into cash in the bank is almost overwhelming. A safe bet you may think. You may wish to consider the saying “a ship is safe in the harbour” but then again you may wish to add “but that is not what ships are for”.

Low risk investing generally means low or non-existent returns. You do of course need to consider keeping at least some of your money as cash to cope with emergencies. For longer term plans this needs to be balanced with other investments in differing asset classes and regions offering higher potential returns in the long-term.

Years of research and the proof of history has shown that investors tend to jump onto a rising market late. In contrast to this panic sets in very quickly in a falling market with investors bailing out or not investing further as the markets continue to fall.

This means that very few investors buy at the lowest prices or sell at the highest prices as they have inevitably miss-timed the market (see principle 4). Far better to focus on the long-term and continue investing regularly whether the market is rising or falling disregarding short-term volatility in favour of long-term results.

The needs of every investor are different and even considering the principles 1-6, there is no substitute for a tailor made plan specific to your circumstance and needs.

My role as an Independent Financial Adviser is to get to know you and your attitudes towards risk and investment loss vs the potential rewards. Then to then guide you through the myriad of investment opportunities available to you to achieve your goals, at the same time making sure your investments are held as tax efficiently as possible.

Good advice can help take the emotion out of investing and lead to a more pragmatic and planned approach to the long-term. Investing in a good Independent Financial Adviser may be the best investment you make.