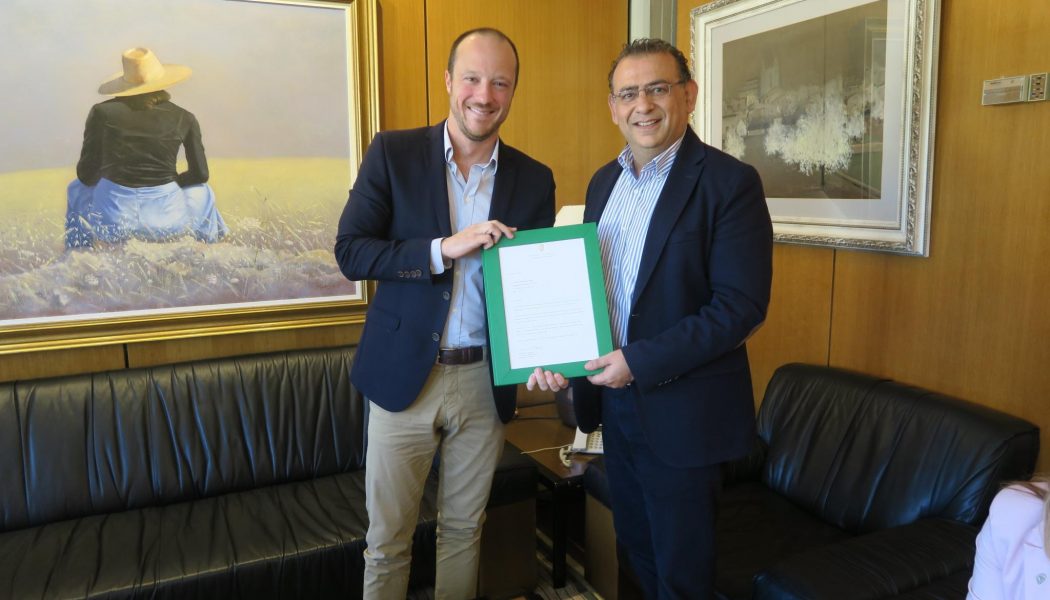 Thanks from Ireland.The mayor of Calvia, Alfonso Rodriguez Badal, received today a letter from the president of Ireland, Michael D. Higgins, thanking the local authority for the way in which it looks after the local Irish community and for the St. Patrick’s Day celebrations it organises each year in cooperation with local associations such as the Lions of Calvia which attract thousands of visitors from all across the island.

The letter was presented to the mayor by the honorary Irish consul in the Balearics, Pedro Pablo Marrero Henning, in the presence of the Calvia councillor for sports and the international community, Eva Serra, the head of the council’s international department, Dolina Reynolds, and the president of the Calvia Lions Association, Adrian Elkinson.

Irishman Elkinson said it was a great gesture from the president.